Check out this hysterical parody of Bieber's 'Sorry' from The Holderness Family called 'I'm 40'. Anyone with kids will appreciate this, even if you aren't 40 yet.

This is literally how my wife and I plan our nights out on the weekends. We purposely have the babysitter come early enough so we don't have to give the kids dinner or tubs, and don't have to deal with the hell that is bedtime.

We get some dinner and drinks in, maybe a movie, and we are still home early enough to get a good night's sleep and be ready for the torturous 6 AM wake up call that is our kids. It might sound lame to some, but it's definitely how you have a good night out when you get old. Funny stuff.

Email ThisBlogThis!Share to TwitterShare to FacebookShare to Pinterest
Labels: Funny 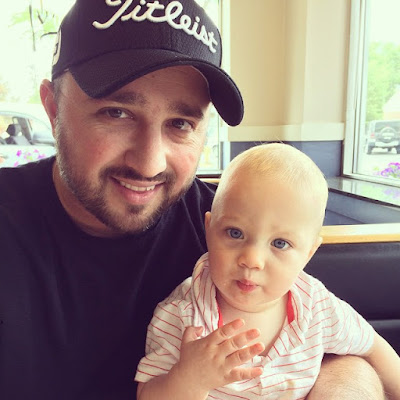 Check out my recent interview with Nige Higgins from DIYDaddyBlog.com for his "Brilliant Dad Feature". Every week or so, he asks Dad bloggers from around the world to answer a few questions about being a Dad and raising a family. I thought it came out pretty good. Let me know what you think!

1. Have you always wanted to be a dad?

Yes. I'm not sure why, but I always thought at a young age that it would be fun to be a dad when I was older. I think it was because I had a good relationship with my dad and we always had a lot of fun playing sports, going to games, and joking around. I just always pictured myself with a bunch of kids and having fun with them like we did together. I had no idea how difficult it would be but I wouldn't change it for the world.

2. How did you feel when your children were born?

Other than marrying my wife, it was the greatest experience of my life. It was a crazy combination of excitement, happiness and some sadness when my first was born. My father passed away in 2007 and was sick for a few years prior to that. He would always ask "when are you going to have kids" because he wanted grandkids so badly.

When my first was born, it really hit me hard knowing that my dad would never meet them in person but at the same time, I feel him watching over us all the time. So in a way, I know he has met them. I always wanted to have at least one boy and I think he heard my wishes from up above and helped me out a little bit. It looks like he over corrected because now I have three!

3. What have been your most rewarding experiences so far as a Dad?

There are too many to list because there is something new every day. Since they are young, it's more about seeing their everyday development and how they respond to our parenting and direction. It's great when something you put in place clicks and they react in a positive way.

Not everything is positive but we are all learning together. Seeing my boys showing love for each other and just being good kids feels great. They might fight at times but they also have each others backs which is great to see and will be helpful as they grow older together.

4. What are some of funniest moments to have happened to you as a dad?

There have been plenty of peeing incidents when they were all little babies. It sucks at the time but there is nothing funnier than a baby peeing straight up into the air and all over you because you forgot to cover them up after a bath. My wife always thought it was hysterical until it happened to her!

Also, my middle boy was in the process of being potty trained and my wife forgot to tell me that he didn't have a diaper on under his shorts. Not sure how that happened but we won't tackle that now. He ended up pooping in the middle of the room and it came right out onto the ground through his shorts. I thought I picked it all up but the next day when the baby was crawling around, I saw him put something in his mouth and start to eat it. It wasn't food or a toy. I quickly realized what it was and before I puked, I was able to clean out his mouth and get myself together.

Gross at the time but hysterical in retrospect. A lot of our life revolves around pee and poop with three little animals in the house and we don't have pets...

5. Have there been any situations with your children that you have found difficult to cope with?
Most of my frustrations revolve around whining, crying, screaming, and not listening. My wife tends to be the hands off, happy type of parent, whereas I tend to be the disciplinarian. I try not to yell because it doesn't seem to work well with young kids but sometimes I just get so frustrated and don't know what to do because no one is listening or is having a tantrum for no rational reason. When one starts, the other two tend to copycat that behavior and then it all spirals out of control.

It's tough to handle at times, and can really stress me out. I think we are starting to figure out a good strategy to keep this stuff to a minimum but it can be tough with daycare and a nanny in the mix since we both work full time. We can do everything possible to keep them from acting out but it can all be cancelled out if other caretakers don't follow the same strategies. It's a struggle to say the least.

6. What are your dreams and hopes for your children?

I want them to be the best people that they can, no matter what they choose to do as they grow older. I want them all to do well in school, sports, activities, and eventually their professional careers, but I really just want them to be good people that contribute positively to society, and be liked by their peers and friends. Hopefully we are helping lead them in the right direction and they will eventually be able to make the right decisions on their own, later in life.
Posted by Dj RyB at 5:30 PM No comments:

The Preschool Magician and His Toddler Assistant 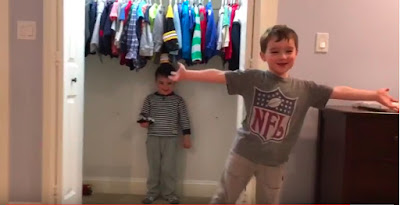 John learned his first magic trick recently and was excited to share it with the family. Do they teach this in preschool?  I have no idea where he learned this but it was pretty creative and funny.

He had some help from his little brother and assistant, James, who luckily cooperated this time around.  Surprisingly, they only needed one take! 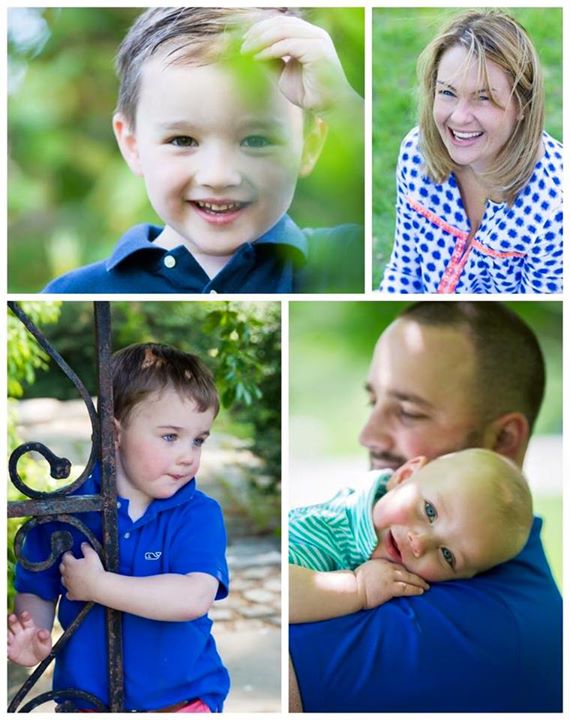 DjRyBPlusThree.com, aka "The Daddy DJ Blog", is all about family life from a Dad's perspective. With 3 crazy boys under the age of 5 and two full-time working parents, things are never easy and always interesting.

Topics include tips, tricks, and advice on how to get by with a growing family, as well as Kid friendly Dj RyB music playlists, sneaker recommendations, product reviews, Kid Sports, and much more.